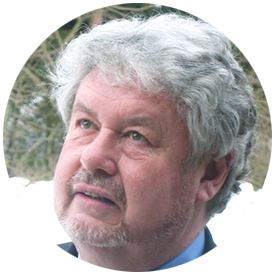 David Sinclair, PhD, began research on the causes of alcohol drinking as a University of Cincinnati undergraduate. Among his discoveries was the Alcohol Deprivation Effect (ADE)–now widely recognized by addiction medicine as a central to explaining why the vast majority of alcoholics relapse after traditional abstinence–based treatments. In other words, weeks of forced abstinence–as used in conventional detoxification and detention treatments–instead of being beneficial, actually increase alcohol craving.

After getting his doctorate in 1972 from the University of Oregon on the ADE, Dr Sinclair immediately went to Helsinki to work at Alko Laboratories (now part of Finland’s National Public Health & Welfare Institute)–probably the best place in the world for finding a better treatment for alcoholism. His solution, pharmacological extinction, became apparent only after he wrote The Rest Principle: A Neurophysiological Theory of Behavior, a book showing how the nervous system strengthens behaviors that stop hunger, thirst, pain, or release endorphins, and extinguishes behaviors that no longer produce reinforcement. He subsequently worked on the clinical trials proving the concept and practical implementation of the treatment in real patients.

David Sinclair independently came up with the idea of a panic calming device, as an extension of his work on the nervous system, and has worked with Dr Cox to develop bcalm.

Read more about the science behind bcalm